When the clock struck 12:00 in the midnight, people across the world bid-adieu 2013 and welcomed 2014 with a dazzling display of lights and fireworks. Australia, New Zealand, Seoul and Hong Kong were the first countries to check in 2014. As the fireworks explode at the count of zero, the whole sky was lit up in multi-colored fireworks. Millions across the world welcomed 2014 with great zeal and enthusiasm. Fireworks, lights, ceremonies, feast and fun were the main elements of celebrations across the world. 2013 came to a smashing end with celebrations and fireworks shows worldwide.

Here, at PicBackMan, our motive is to bring you the most spectacular, stunning and the grandest New Year’s Eve celebrations pictures from the globe. Below we have a series of pictures mostly adorned with a wave of spectacular firework displays boomed and glittered around the globe to ring in the New Year.

World entered 2014 with a bang. Cities lit up by spectacular pyrotechnics, huge gatherings of people, music, fun and traditional ceremonies was a common scene everywhere.

So, here we present you images from most stunning New Year’s Eve celebrations with the most spectacular show of fireworks that lit up the skies all over the world.

The Fireworks explode over the London.

A spectacular display of fireworks at Berlin’s Brandenburg Gate. 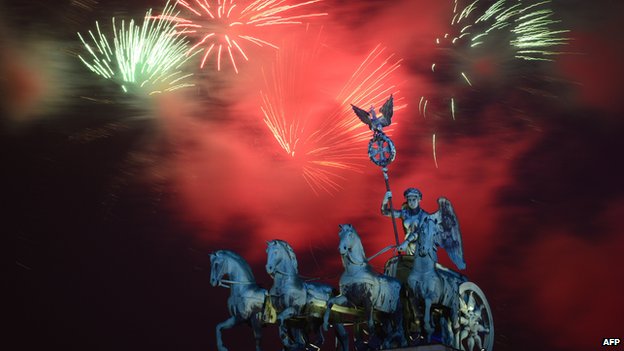 While others are celebrating, he is still keeping a close watch. A policeman during New Year’s Eve celebrations at Times Square in New York. All lit up skies over Oakland and San Francisco, USA. 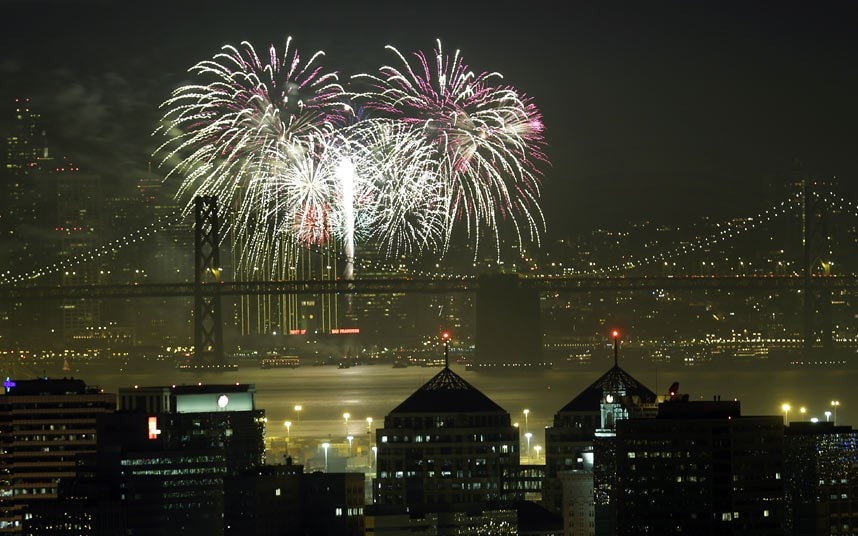 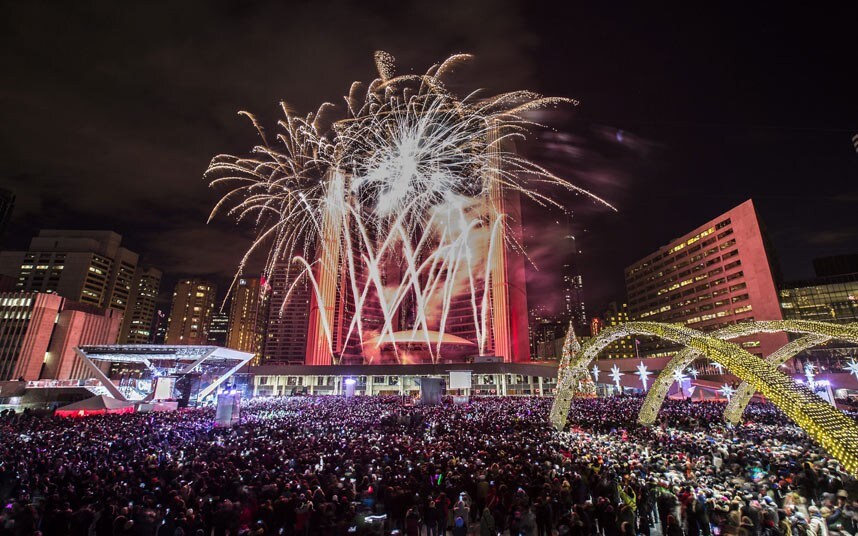 Pyrotechnics show to celebrate the New Year in the coastal city of Valparaiso, about 121 km northwest of
Santiago. 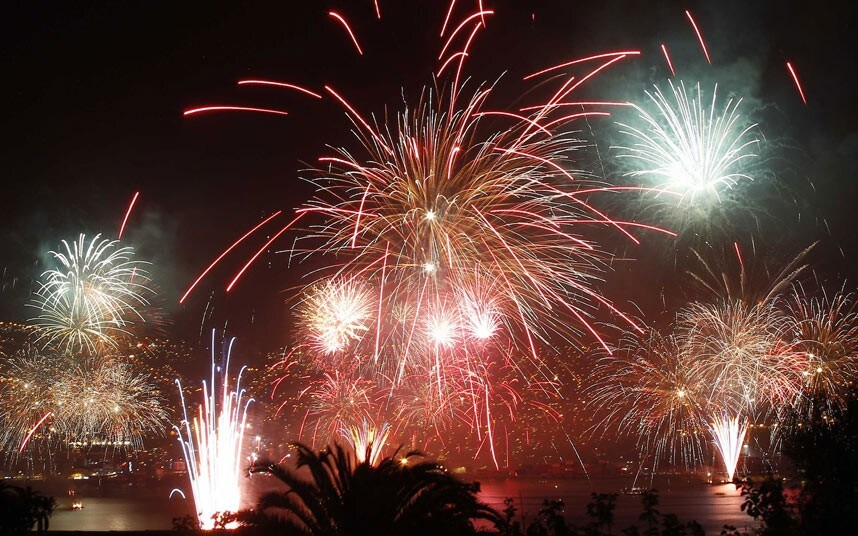 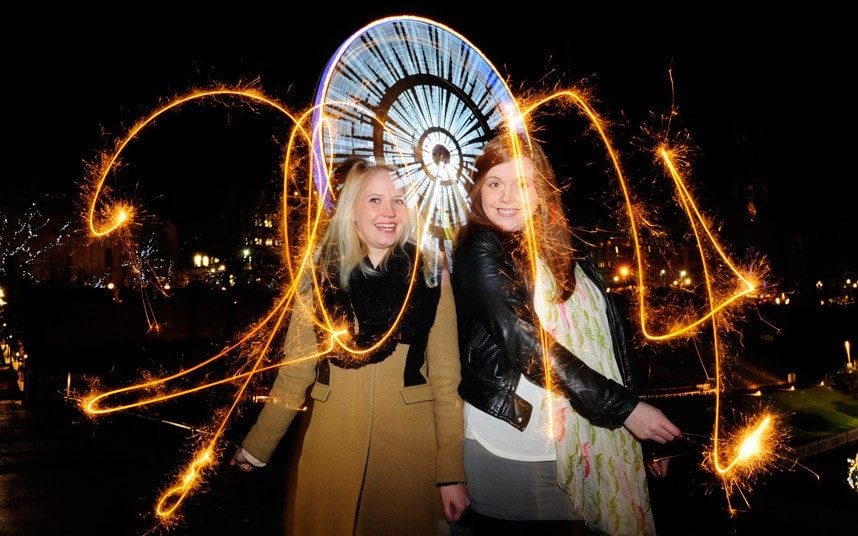 People celebrate the new year by the ancient Coliseum in Rome. 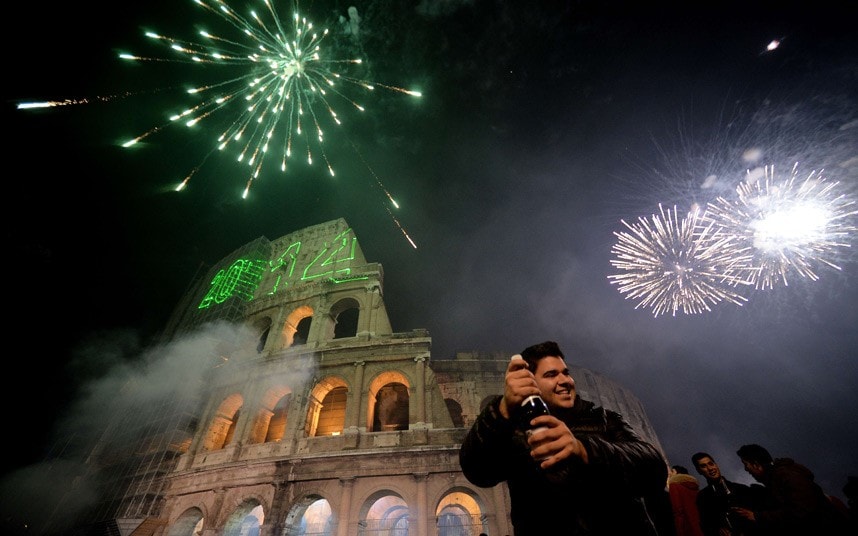 Fireworks explode over the ancient Parthenon temple at the Acropolis Hill. 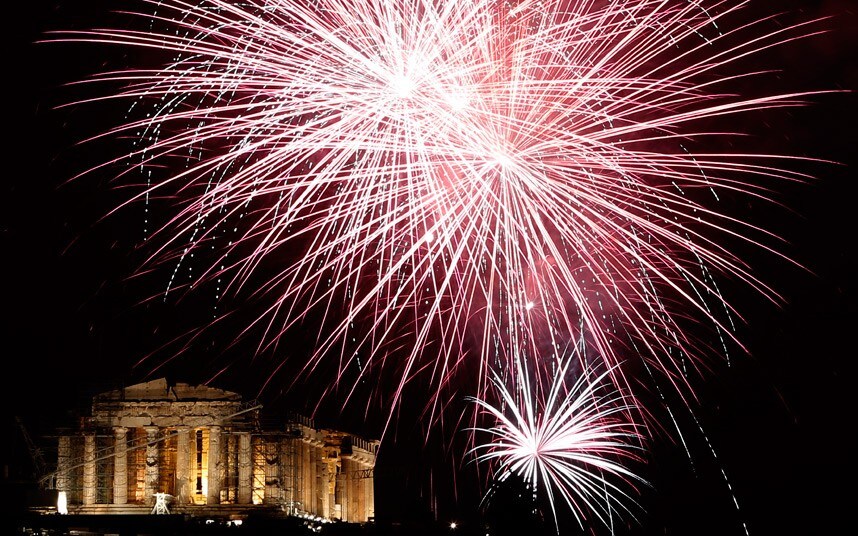 The stunning view of light-show illuminating the Great Wall of China. 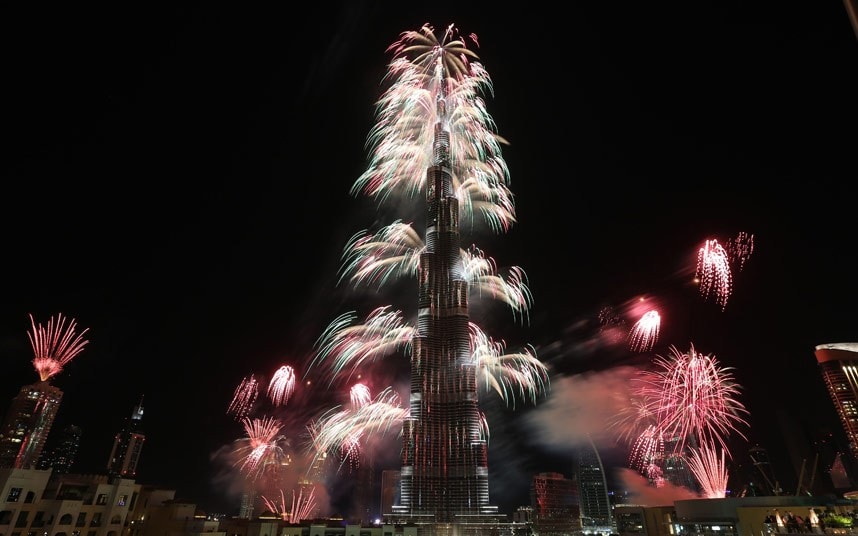 The colorful skies over Dubai during a world record-breaking firework display attempt. 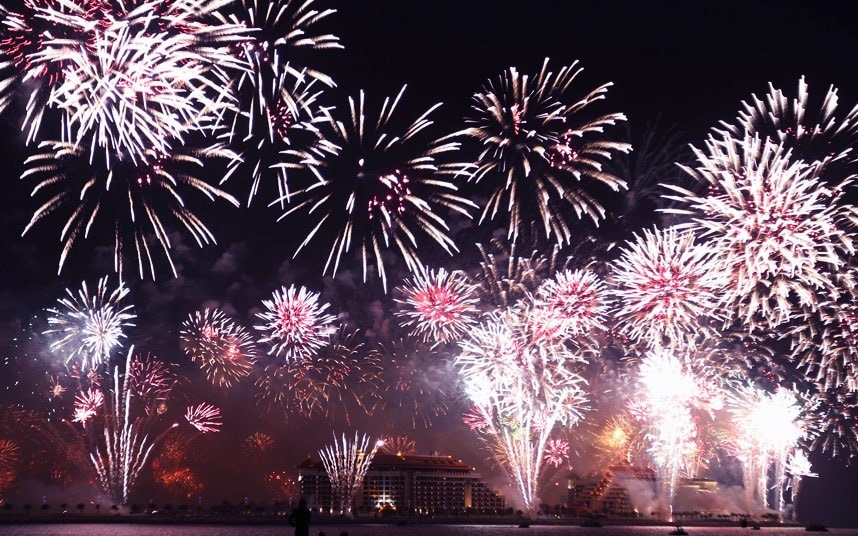