PicBackMan is the best Flickr uploader alternative that backs up thousands of photos and videos to your Flickr accounts, automatically. You can migrate, dedupe & download, too.

“I had 80,000 photos to upload to Flickr, and Flickr pro users knows how ridiculous are the speed of the desktop app for a lot of us... With picbackman I´ve got all the 80,000 photos uploaded in about 3 weeks - using my laptop for only a few hours a day! I reccomend! " 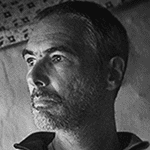 Easy. Simple. Fast. Built for Everyone.

PicBackMan is designed for everyone to be able to keep their photos and videos backed up safely without having to spend hours and hours. Stop struggling with complex or buggy software and start using PicBackMan in minutes. Here’s how it works.

“This is a fantastic piece of software! I wanted to backup 100+ gigs worth of original sized photos to Flickr and after trying many many tools, PickBacMan was the one that finally worked. It worked flawlessly for 10 straight days uploading all my photos without a single error/ timeout/ crash. Absolutely amazing! I didn't try the other premium features but the ability to replicate stuff across multiple accounts sounds awesome! Highly recommended! "

The fastest way to backup photos & videos to Flickr

PicBackMan helps you create an copy of all your photos and videos in your Flickr account while maintaining the organized structure - and it’s effortless. Try it today.

And a lot more. Don’t find a feature here? Contact us & we will confirm.

Your memories need care and we understand what “photo backup anxiety” feels like. We are not just a software product, but a team that is dedicated to customer happiness and actively offer support to address your problems and ensure your backups work flawlessly. And bring peace of mind to you that your precious memories are backed up safely.

I was indeed very delighted with the excellent customer service that I received! Such personal touch and caring attitude are indeed the statement to their commitment to their customers!

I stumbled across PicBackMan just over a year ago and am very impressed with not onlt the product, but also the customer service.

Customer service is exceptional and these guys will go out of their way to solve any issue you may have.

As a Flickr user, you must be aware of how difficult uploading a large number of photos and videos could be. Flickr often takes a lot of time for uploading media, especially if the size of the files is considerably large. The slow uploading speed and frequent timeouts can be very frustrating at times. This leaves you craving for a free Flickr photo uploader that can do the tedious work for you.

Fortunately, there is a Flickr auto uploader that can do the same and much more. PicBackMan is a Flickr migration software that works as both Flickr bulk uploader and Flickr downloader. It can help you in uploading photos and videos while also handling the timeouts.

Here's How It Works

PicBackMan makes sure that it handles all the complex and tedious tasks for you. All you have to do is select the folders containing your photos and videos. Next, choose the Flickr account where you want to upload these media files. Click "Upload," and PicBackMan will start uploading your files.

It Works On Mac As Well As Windows

Here's Why It Is The Best On The Market

PicBackMan automatically uploads your files ten times faster. The Flickr video uploader even handles Flickr timeouts so that they don't interrupt your uploads. With PicBackMan, you can backup your entire collection of photos and videos regardless of their size, with few simple clicks.

The other reason that makes PicBackMan the best Flickr uploader is that it uploads the files with the same directory structure as they initially had in your storage device. Thus, making it easier for you to access them in the future.

Apart from uploading, PicBackMan also acts as a Flickr downloader, allowing you to download all your files to your computer. PicBackMan even identifies duplicate and modified files and deals with them accordingly.

It's Free To start

PicBackMan offers both free and paid subscription plans. You can start using PicBackMan for free and upgrade to a different membership plan as per your need. As a cherry on top, PicBackMan even has a 24/7 support system that aids you in solving all of your queries.

PicBackMan enjoys the support of more than 80,000 customers all across the globe. Like every single one of them, you too, can leave the troubles of migrating your photos and videos to different online accounts to PicBackMan.

PicBackMan has done an excellent job of uploading more than 300GB of photos to 2 different services. After having lost a lot of personal memories to a hard drive crash, it's nice to know that my photos are safe in 2 different places.

PicBackMan has saved me many tedious hours of effort moving many files between my various cloud and photo site services and my local computers.Thank you for creating a well designed and useful service.

I am absolutely delighted with PicBackMan. I had serious load of images on a locas NAS and now PBM just works in the background syncronizing to dropbox while I am doing other things. It's a perfect back-up solution for me. And the service is amazing. Thanks!

PicBackMan is the only tool you’ll need to manage the safe backup of your collection of memories across all top online services. And for all your specific needs.

Backup collections of all sizes.

PicBackMan automates the backup of very large collections and saves you 100s of hours of painstaking work.

That carefully organized structure of folders on your computer - back it up as-is without loosing the structure. Only PicBackMan does this, and effortlessly, as long as your destination online service supports it.

PicBackMan “automatically” dedupes your photos while uploading them so you never have dupes in your online accounts, when using PicBackMan. You can also use this feature to de-dupe folders on your computer too.

Upload with all sub-folders, automatically.

When you point PicBackMan to your master photo folder, it automatically looks up all sub-folders under it and systematically ensure all folders and sub-folders are picked up and uploaded correctly.

Migrate from one service to another with ease

Looking to move to Google Photos or Flickr or any other service? Simply use the PicBackMan migrate feature or the MigrateMan service to get it all done without spending tedious hours trying to figure it out. PicBackMan does it best.

When downloading your photos from Flickr and SmugMug, PicBackMan helps you get the tags, titles and descriptions downloaded with your photos. And it does this automatically.

“I've used picbackman for just about a year and without it I would not have been able to upload my entire photo collection to Flickr easily. I highly recommend the product. Although I am not a fan of yearly subscriptions their support team is quick to answer any questions you may have. Definitely a useful product for photographers to upload photos online. " 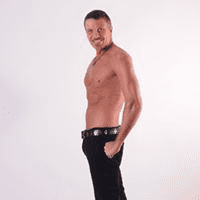 Get answers to frequently asked questions about using PicBackMan to automatically upload photos & videos to Flickr.

PicBcakMan Flickr photo uploader is FREE to start and you get access to all the important features. You can then upgrade to Elite version for unlimited uploads, faster speeds and other advanced features such as migration. You can see a comparison of all plans here.

Yes, Flickr auto uploader allows you to schedule your upload as needed. You can change this from the PicBackMan's Flickr Uploader 'Settings' section.

Yes, Flickr photo uploader is the fastest and easiest way for you to bulk upload to Flickr.

Great tool for enduring your photos are always safely backed up. I backed up tens of thousands of photos and dozens of videos to Flickr in my 1st couple of months using PicBackMan. Would unreservedly recommend as it works seamlessly and copies your photos to Flickr in sets which reflect your folders.

This is a fantastic piece of software! I wanted to backup 100+ gigs worth of original sized photos to Flickr and after trying many many tools, PickBacMan was the one that finally worked. It worked flawlessly for 10 straight days uploading all my photos without a single error/ timeout/ crash. Absolutely amazing! I didn't try the other premium features but the ability to replicate stuff across multiple...